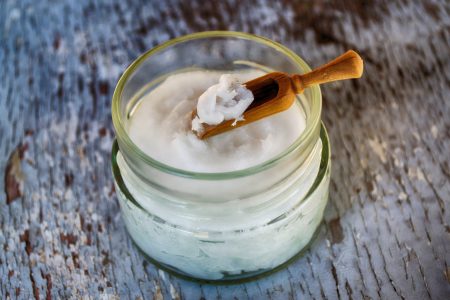 At the Annual General Meeting of AAK AB (publ.) on May 18, 2022 the following was resolved:

The Meeting re-elected the accounting firm KPMG AB, for a period of mandate of one year, consequently up to and including the Annual General Meeting 2023, with authorized public accountant Jonas Nihlberg as auditor in charge. The Meeting resolved that the auditor shall be remunerated according to agreement.

Appropriation of the company’s profit
In accordance with the proposal of the Board of Directors, the Meeting resolved to declare a dividend of SEK 2.50 per share. Record day for the dividend was determined to Friday, May 20, 2022. The estimated dividend settlement day is Wednesday, May 25, 2022.

Remuneration report
The Meeting resolved to approve the Board’s report on remuneration pursuant to Chapter 8, Section 53 a of the Swedish Companies Act for the financial year 2021.

The issue shall, with deviation from the shareholders’ preferential rights, be awarded free of charge to the wholly-owned subsidiary AAK Invest AB. The subscription warrants shall be transferred by AAK Invest AB to senior executives and key employees within the AAK Group at a price corresponding to the market value at the time of transfer. The company will by means of a cash bonus subsidize part of the participants’ acquisition of warrants through payment to the participants of an extra cash bonus that, after individual tax, corresponds to maximum 65 percent of the amount invested by the respective participant in Incentive Program 2022/2027 up to the offered level. This bonus will be paid out with one fourth (1/4) annually starting one year after acquisition, and with the last payment approximately four (4) years after the acquisition and requires that before each payment the respective participant, with certain exceptions, is still an employee of the AAK Group and still holds the acquired warrants or, where applicable, the shares subscribed through exercising the warrants.

The Board of Directors of AAK AB shall be entitled to decide on the allotment of subscription warrants to approximately 50 senior executives and key employees within the Group.

increased by a total of maximum SEK 8,333,333.33, which is equivalent to approximately 1.9 percent of the company’s present share capital. This corresponds to a total dilution of maximum approximately 1.9 percent in relation to the share capital on a fully diluted basis, calculated as the number of new shares in proportion to the number of existing and new shares.

Authorization for the Board of Directors to resolve on new share issues
The Meeting resolved to authorize the Board of Directors to, on one or several occasions during the period up until the next Annual General Meeting, with or without deviation from the shareholders’ preferential right, resolve on new issues of shares. The authorization also includes the right to resolve on new issues of shares with terms concerning issues in kind, offset rights or other terms stated in Chapter 13, Section 5, first paragraph, 6 in the Swedish Companies Act. By resolutions in accordance with the authorization, the number of shares may be increased by a number corresponding to a maximum of ten percent of the number of outstanding shares in the company at the time of when the Board of Directors first uses the authorization. The purpose of any deviation from the shareholders’ preferential right is to ensure financing of acquisitions of companies, part of companies or businesses or to strengthen the company’s capital base and equity/assets ratio. In case of deviation from the shareholders’ preferential right, share issues by virtue of the authorization shall be made on market conditions. In accordance with the conditions set out above, the Board of Directors was also authorized to resolve on other terms as considered necessary by the Board to carry out the issues.

Presentation by the CEO
President and CEO Johan Westman’s presentation in relation to the company’s operations and important events during 2021 and the first quarter of 2022 is available on the company’s website.

At the subsequent statutory board meeting it was resolved to elect Georg Brunstam and Märta Schörling Andreen as members of the Remuneration Committee, Georg Brunstam being Chairman of the committee. Gun Nilsson, Patrik Andersson and Märta Schörling Andreen were elected members of the Audit Committee, Gun Nilsson being Chairman of the committee.