Consumers are cutting spending on shops 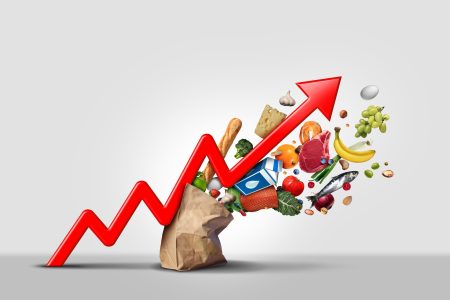 The number of consumers cutting back on their grocery shopping as a result of inflation has grown significantly during the past year, according to new research.

In a survey conducted by SurveyGoo and commissioned by PR consultancy Ingredient Communications, a quarter of respondents (29.4%) said they had stopped buying a food or beverage product in the last three months due to price increases. This is a significantly higher result than 10 months earlier in 2021, when the same survey found 17.6% of shoppers had traded out a product because it had become too expensive.

It also found that nearly half of respondents (48.4%) had purchased a product less often compared with 36.5% previously. More than half (50.9%) said they bought less of a product, while 57.8% said they had switched to a cheaper alternative compared with 47.5% in 2021.

Retailer brands have benefited from a decrease in money spent on shopping, as 35.6% of respondents said they had switched to an own label version of a product compared with 25.8% in the previous survey.

SurveyGoo polled 1000 consumers in the US and UK during the first week of October 2022. The previous survey was carried out in early December 2021 when inflation was on the rise – since then, prices have risen even higher. Year on year inflation in the UK’s food and beverage category was 14.6% in September this year. In the US, inflation for food consumed was recorded at 13% over the same period.

“Since we first conducted our price sensitivity survey in December 2021, the war in Ukraine has exacerbated an already volatile situation. As well as difficulties sourcing certain raw materials, fuel costs have gone through the roof,” said Richard Clarke, Managing Director of Ingredient Communications. “With winter on the way in the western hemisphere, and no sign of Russia backing down, demand for energy will spike and it’s hard to see any short-term easing of the inflationary pressures that food companies and consumers are facing.”

“In manufacturing, it’s tempting to look for quick fixes to cut costs but in the food industry there are always risks to this. Consumers are very attuned to recipe changes and pack size reductions and social media means news of these can spread fast,” he added.