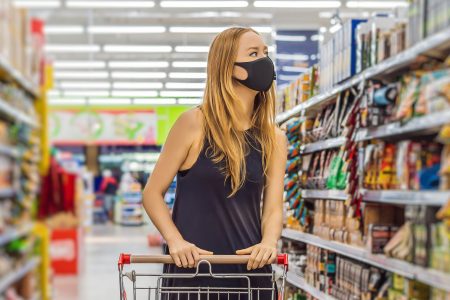 Most consumers will pay more for food and beverage products containing sustainably produced ingredients, research by Palsgaard has shown.

The emulsifier specialist surveyed over 600 people in four countries.* It found that the COVID-19 pandemic has increased the importance they place on price, but has not detracted from their focus on environmental issues.

Three quarters (75%) of respondents believed food companies have a lot of responsibility for protecting the environment, with 23% believing they have a little. More than nine in ten (92%) said it was important that the ingredients in the products they buy are produced sustainably, with 49% saying it was very important.

82% said they would be willing to pay more for a food product containing sustainably produced ingredients. Nearly half (46%) would pay over 5% more and 17% would pay over 10% more. Environmental issues were found to be of particular concern to younger consumers. For 18-24 year olds, climate change was the ethical issue food companies should take most seriously.

Sustainability is a key concern for Palsgaard, which in 2018 became the first emulsifier producer to achieve CO2-neutral production at all its sites.

Jakob Thøisen, Palsgaard’s CEO, said: “We always believed that carbon neutrality was the right path to take from an ethical point of view. As this research shows, it also makes sound business sense. Consumers, especially younger ones, are increasingly focused on reducing their carbon footprints and will reward food manufacturers who share that commitment.”

The research also provides new insights into the effects of COVID-19 on food purchasing decisions. Over half (55%) of consumers said the price of products had become a more important factor since the pandemic, while 42% said it had made no change and only 3% said it had become less important.

However, this does not appear to have detracted from the focus on sustainability. In fact, 41% of respondents said environmental concerns had become more important since the pandemic, with 55% saying there had been no change and only 4% saying they had become less important.

Jakob Thøisen said: “It would be understandable if the economic hardship caused by COVID-19 had pushed sustainability down the agenda. However, we found that the opposite was true. This is perhaps because great change causes people to reflect and focus on the things that matter most. Whatever the reason, the food industry cannot afford to underestimate the importance of environmental issues to consumers.”

Palsgaard also asked consumers how they thought their purchasing behaviour would change post-pandemic. Four in ten (40%) expected their households to buy groceries online more often, compared to 12% who said they would do so less often. Almost half (47%) said they expected to eat out less often.