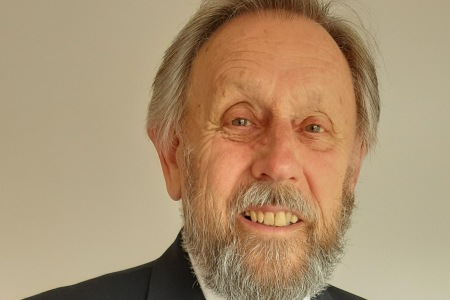 The Craft Bakers Association is delighted to announce Patrick Wilkins as the CBA’s President Elect for 2022/2023. Patrick will be installed as National President at the CBA’s Business Event on 22nd June 2023. Patrick has taken over the role from Neil Woods who became President of the CBA in February.

Established in 1887, the Craft Bakers Association is the UK’s leading industry association for independent and family bakers, providing support and guidance to strengthen and safeguard the craft baking community.

Craft Bakers Association members and the industry have met Patrick Wilkins through the trade liaison aspect of the Worshipful Company of Bakers (being first mentioned in 1155, the City of London’s second oldest recorded Guild) and his extensive support of the industry and the Craft Bakers Association in his role as Master of the Company in 2016-2017. After attending his first CBA event as Master of the Bakers, Patrick and his wife Valerie have continued to attend CBA events and supported its work.

Patrick Wilkins grew up in London and had a 32-year career in the Police Service, primarily within very specialised areas of the Criminal Investigation Department and working with law enforcement agencies in Europe and the United States, including the FBI. An extended period investigating Major Fraud provided an invaluable knowledge of business and commerce at all levels which benefitted him in his post-career work with a number of Charities; at one point becoming the Head of (Beneficiaries) Welfare for one of Europe’s largest grant giving Charitable Trusts dealing with child poverty, and later as Company Secretary / CEO of another significant, membership based, charity.

Following his involvement with the Worshipful Company of Bakers, Patrick has extended his links with the trade in his ongoing role as a Trustee of the Bakers Benevolent Society, which cares for former members of the baking industry.

Patrick says it is “an honour and a privilege” to accept the nomination as the CBA’s President Elect: “Over the last 23 years, through my active involvement in the trade aspect of the Worshipful Company of Bakers and the events I attended throughout Britain and elsewhere during my year as Master, I have gained a considerable knowledge of the baking Industry and made many valued contacts and friends. I have found craft bakers at every level to be highly skilled, hardworking, and immensely dedicated to their craft. I hold them in the very highest regard and look forward to a happy, productive, and hopefully fun filled year representing the Association, and promoting its excellent work to support them.”

Between now and becoming CBA President in June 2023, Patrick’s position as Secretary of the Wandsmen in St. Paul’s Cathedral will see him arranging and managing the sidesmen’s responsibilities for the Queen’s Platinum Jubilee Service in St. Paul’s on 3 June 2022.

“We are delighted to welcome Patrick as our President Elect,” says George Fuller, Chairman, “He has a strong personal commitment to not-for-profit organisations, and a deep knowledge and understanding of our industry and the people who work in it. On a lighter note, Patrick told us that in the last few years he has fulfilled a long-term personal ambition of trekking to Mount Everest, where, incidentally, whilst in the Himalayas, he visited the highest bakery in the world. We won’t be asking him to do anything nearly so arduous in his role as President!”