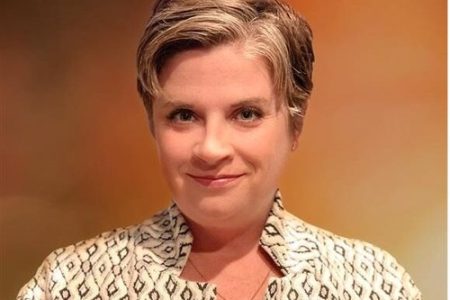 Erin E. Ball has been promoted the Executive Director of the Grain Foods Foundation (GFF) having served as the Acting Executive Director since January 2022. Prior to that position, she was Director of Public relations and Science and has been with the foundation since 2013. During her tenure she has broadened GFF’s research program, lead the foundation in increasing its public relations messaging reach and worked to build its relationships across academia, nutrition science organisations and the food industry.

“With more than a decade of experience working in DC non-profits, and another decade in the non-profit world outside of DC, Erin brings vision for what our industry can do when we work together,” said Kirk Stehr, Grain Craft SVP of Sales and GFF Board Co-Chair. “She has proven her value as a listener, a relationship builder, and as a leader who can set a course and execute on it. She understands both the possibilities and limitations inherent in non-profit management, and she has built the GFF Board’s confidence in her abilities.”

“The Listening Tour was intended to provide a connection point with as many GFF investors as possible -and by investors, I mean past, present and future funders of the Foundation. We were fortunate that 2022 was an IBIE year, and the conversation we had in Las Vegas was a great kick-off to the effort,” Erin Ball recounted. “We heard again and again from folks across the industry: continue to produce and translate science – build a messaging platform from the science – and keep grain foods on the plate with strong, science-based, grains-positive messages turned into tools for investors to use.”

“I have worked with Erin on various projects at GFF for several years,” added Lorraine Hale, Bimbo Bakeries USA (BBU) VP and General Manager, Bread, Buns, and Rolls and new GFF Board member. “I have been impressed by Erin’s clear understanding of the critical role that grain foods play in driving America’s healthful and tasteful lives and her leadership in building insights and communication to the market that highlights that role.”

Ms Hall has assumed the BBU GFF Board as long-time Trustee Vince Melchiorre stepped down in November. Mukherjee has passed Board responsibilities onto Andy Smith, Senior Vice President for Consumers Insights and Relations at Flower Foods.

“I am thrilled to take on the challenge of leading GFF as Executive Director,” Ms Ball concluded. “The opportunities in front of the Foundation are myriad, and the challenges of keeping this industry’s products on plates and moving the perception of grain foods in a positive direction ensure our focus. I am grateful for the 18 years of partnership GFF has built with the industry, and I look forward to listening better, serving more effectively, and bringing strong results in years to come.”