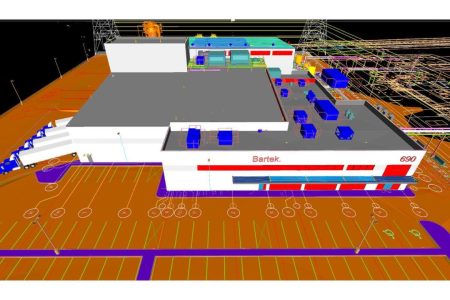 Bartek Ingredients, producer of malic and food-grade fumaric acid, has announced the completion of the first phase of its US$160 million malic and fumaric acid capacity expansion.

The start-up of the company’s new Maleic Anhydride Reactor system, which is being supplied by MAN Energy at a cost of $20 million, will add 20,000 metric tonnes of capacity to Bartek’s existing three maleic anhydride reactors.

“The completion of this milestone is the first major step in Bartek delivering on our malic and fumaric acid capacity expansion project on time,” said John Burrows, CEO of Bartek “It reaffirms our global leadership and commitment to deliver these critical food ingredients reliably, consistently, and at the highest quality for years to come.”

“This new facility not only gives us capacity to grow our global acid business, but also additional capabilities to produce our new products like Pecmate sodium malate and other specialty products made with malic and fumaric acid,” he added.

The announcement of the facility came in April this year, as the completion of the facility is expected to happen in the fourth quarter of 2023. It is expected to become the world’s largest malic and food-grade fumaric acid production plant. It will also be expandable to produce new products such as buffer and fortification salts and additional volumes of malic and fumaric acid.

Bartek plans to host a groundbreaking and formal ribbon cutting event with Canadian government officials and local community leaders at its new facility in coming months.