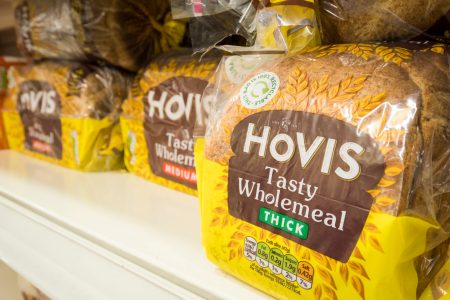 Workers at one of the North’s largest bakeries, Hovis, had voted for strike action in a dispute over pay, with union leaders warning that the Hovis workforce in Belfast are “not going to accept only the crumbs off the table”.

Hovis, which has a workforce of about 250 at its Belfast bakery, produces a range of in-house bakery brands such as Hovis, Nimble, Ormo and Mother’s Pride and also own-label products for some of Britain’s biggest retailers including Marks & Spencer, Tesco, Sainsbury’s and Lidl.

Sean McKeever, Regional Officer with the trade union Unite, said the strike action was scheduled to start at the plant in Belfast from midnight on Thursday.

He warned that the proposed strike could cause “considerable disruption” to bread supplies across Northern Ireland but said workers in Belfast “want to earn more than a crust”.

However, the company has since agreed to a 4% pay rise, and the strike has subsequently been called off.

A Hovis spokesperson said: “Hovis is pleased to announce that discussions between Hovis Ireland and Unite the Union and BFAWU have reached a positive conclusion.

The strike action which was planned for Friday 31st January 2020 has been cancelled with immediate effect following successful discussions and an agreed pay increase.”

Hovis Limited is a baking business jointly owned by The Gores Group (51%) and Premier Foods (49%). We’re based in High Wycombe and employ 2,800 people in eight bakeries, one flour mill and three distribution centres across the UK.

The company are proud to be part of a baking heritage that goes back more than 130 years, now delivering more than a million of its much-loved loaves every day throughout the UK and Ireland. Not just loaves, they also bake Mother’s Pride, Ormo and other bakery products too. They pride themselves on the taste and quality of all its bakery products, with the Hovis tradition baked into them.