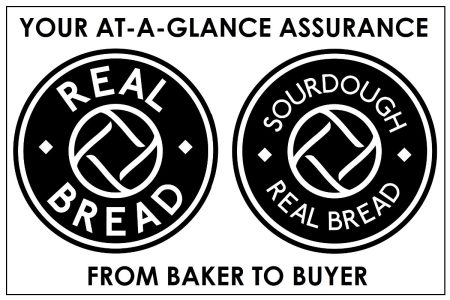 Sourdough bread is being sold for twice the price of its bread counterparts, according to The Real Bread Campaign, which is urging the government to include legal definitions of common bakery marketing terms and full ingredient labelling of unwrapped loaves.

Using the term ‘sourfax’, the Campaign argues that a range of bakery products are being named or marketed using the word sourdough, despite being manufactured with a “fundamentally different process” using baker’s yeast, chemical raising agents, additives or a combination of these.

Being able to sell products marketed as sourdough means customers are charged a premium, they explained, and larger manufacturers are able to undercut small, independent local bakeries. As part of the Campaign’s Real Bread for All initiative, small, independent bakeries are being encouraged to trial affordability schemes to help bridge the gap between their increasing costs of making sourdough and the cost of living crisis.

One scheme suggested by the Campaign oversees a pay-it-forward system where customers are invited to add an extra UK50p or UK£1 when they make a purchase, or even pay the price of an extra loaf. The bakery can then issue a corresponding number of discount vouches to allow any customer to knock off pounds when buying a loaf of sourdough in September.

“While it’s good to see bakeries discounting or giving away leftover loaves at the end of the day to stop them going to waste, the idea of Real Bread For All is helping people on tight budgets to walk into a bakery at any time of day and buy a loaf like any other customer,” added Mr Young.

Sourdough September, run by food and farming charity Sustain, encourages people to buy genuine sourdough from neighbourhood bakeries, bake their own sourdough and boost the Campaign to support the charity’s work.

On 16 August, the Campaign sent a letter, signed by more than 150 bakery professionals internationally, to George Eustice, Secretary of State for Environment Food and Rural Affairs. The letter urged the government to include the Campaign’s Honest Crust Act proposals for a review on bread composition, labelling and marketing regulations.

It is also encouraging people to take what they call, Honest Crust e-action. This involves people to ask their local MPs to urge the government to include legal definitions and full ingredient labelling. They also advise people looking for sourdough bread to read the label and look for The Sourdough Loaf Mark.