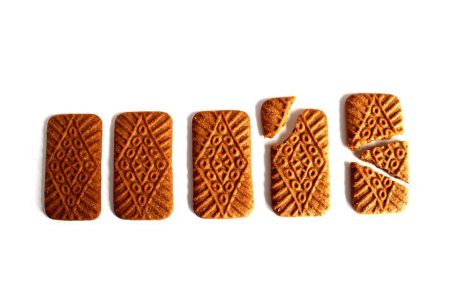 Lotus Bakeries has reported an increase of revenue from EU€51 million to EU€416.8 million, growing volumes by 6.1%. Lotus Biscoff and Lotus Natural Foods are the two main drivers of strong organic growth, with sales increases of 17% and 30% respectively.

Lotus Biscoff, which grew by 17% in the first half of 2022, demonstrating consumer loyalty to the Biscoff taste. “Double digit growth” has been achieved in many countries, according to the company, which includes Germany, Spain, Italy, the Czech Republic and Switzerland. Lotus Natural Foods experienced a 30% increase in revenue, with double digit growth in the UK. Lotus Bakeries’ strategy is to focus on ‘local heroes’ in the home markets: Belgium, the Netherlands, France and Sweden.

On June 27 of this year Lotus Bakeries acquired 100% of the shares of Peter’s Yard, having first acquired a 20% stake of it in 2019. The company, which offers a broad range of healthy crackers, crispbreads and flatbreads, has become part of the Lotus Natural Foods business under the leadership of Isabella Maes, CEO of Natural Foods.

The company recently announced plans to construct a third plant in Thailand, Asia, to provide the company with additional capacity, following on from the heels of the US plant in 2016.

“I’m very proud of the announcement last week of a new milestone in the company’s history. Less than three years after inagurating our Biscoff plant in the US, we announced plans to start production of Lotus Biscoff in Asia,” said Jan Boone, CEO of Lotus Bakeries. “This underlines once more in our belief in the future of Lotus Biscoff and the immense growth potential in the Asia-Pacific region.”

The company continues to expand its production, as in the Biscoff plant in Belgium will have a second dough preparation room operational by the end of September this year, to support the growth of Lotus Biscoff cookies and spread. A new sandwich cookie production line will also be starting up by the end of this year. In the US plant, a second production hall with two new Lotus Biscoff production lines will be operational and thanks to that, will double capacity at the start of 2023.

“The strategic foundations of our company remain intact despite the global challenges in the short term, and allow us to realise the exceptional growth potential for both Lotus Biscoff and Lotus Natural Food in the years to come,” added Mr Boone.

“It took a lot of effort and follow-up … but it’s crucial that the urgently needed capacity extensions for Biscoff in Belgium and the US will be operational by the end of 2022 in spite of global supply chain disruptions and cost inflation. This guarantees the continued growth in 2023,” he concluded.