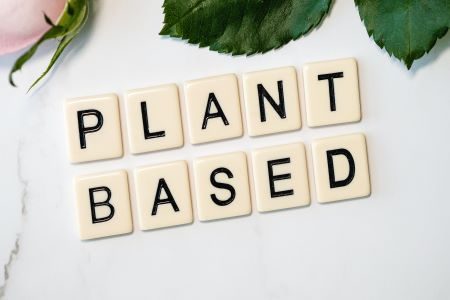 The rapidly growing sustainable protein industry still will need approximately $27 billion more in plant-based ingredients infrastructure in place to meet 2030 demand, according to the Good Food Institute. Beyond just faux meat, the meatless protein industry expands into other segments, including snacks and wholesale ingredients for Consumer Packaged Goods (CPGs). Innovation and investment continues to gain momentum in the sector, including recent updates from groups such as as Nepra Foods, Campbell Soup Company , Hormel Foods Corporation, General Mills, Inc. and Post Holdings, Inc.

Less than a year after its successfully an oversubscribed IPO late in 2021, plant-based protein innovators  Nepra Foods have witnessed rapid growth and interest in its productions, including is proprietary asset known as Textured Hemp Protein (THP).

Because hemp protein is an excellent source of plant-based protein, Nepra has touted its product’s qualities of being a nutritious plant-based and allergen-free that’s lean, rich in amino acids, a good source of iron, magnesium and manganese, and may even prevent cardiovascular disease and cancer.

“Our team of food scientists and chefs, led by Chadwick White, Co-Founder and CTO, worked tirelessly over the past year to develop recipes and formulations that are unmatched in the industry today,” said David Wood, Co-Founder and CEO of Nepra Foods. “PROPASTA™ is a bold category-leading brand that meets people where they are in the frozen food aisle with great tasting, animal-free meals that deliver true nutrition for everyone.”

PROPASTA™ targets American Flexitarians wanting to reduce their consumption of animal-based products as well as their impact on the environment—a segment representing over 45 million weekly shoppers and 41% of the U.S. population.

Made from proprietary formulations of hemp hearts, PROPASTA™ Spaghetti and Meatballs, Ricotta Ravioli with Marinara, and Macaroni and Cheese provide a complete protein source that is rich in healthy fats, easy to digest, non-GMO, and free from the top 8 allergens.

This specialized equipment can produce Texturized Hemp Protein, THP™ (800,000 lbs./year) that is used in plant-based meat analogues such as vegan meatballs and chunk chicken, used in Nepra’s product lines with additional capacity sold wholesale to other food producers.

These wholesale THP™ sales alone are expected to boost company revenue by up to US$3.5 million annually.

Household soup brands Campbell Soup Company and Hormel Foods Corporation have been actively pursuing their place among the American Flexitarian markets with offerings of their own as of late.

Four years ago, Campbell Soup launched a line of plant-based protein soups under the Well Yes! Brand—which featured proteins like chickpeas, lentils and quinoa. They would then go on to develop more plant-based options under their signature red-and-white-cans line.

Back then, Campbell’s Senior Vice-President, Carlos Barroso, said the company was “literally scouring the earth” to find new sources of protein.

Then in 2020, Campbell’s added new plant-based sauces to its Prego+ line. “We recognized that interest in plant-based foods is at an all-time high, and with 42% of consumers already admitting to using sauces to hide veggies,* we set out to create a sauce that makes it easy to incorporate veggies and plant protein into meals,” said Campbell Executive Chef Bryan Cozzi.

Competitors Hormel Foods recently announced a partnership with the makers of the HAPPY LITTLE PLANTS brand to bring plant-based proteins to pizza chefs all over. As per their announcement, the two companies will be bringing plant-based protein pizza toppings to menus and events across America in 2022—including through The World Pizza Champions.

“This collaboration will bring plant-forward pizza topping options to team members’ restaurants, as well as several events in 2022, including the country’s foremost pizza event, Pizza Expo in Las Vegas, [Nevada],” said Anthony Panichelli, brand manager for Foodservice at Hormel Foods. “We are proud to partner with such a credible and reputable organization to bring this brand to foodservice operators nationwide.”

“Many of the consumers we talked to want to be animal-free but cheese is holding them back – the alternatives aren’t doing what consumers want them to,” said Bold Cultr Co-founder Laura Engstrom, a 10-year veteran of General Mills. “We’re excited to reimagine what cheese can be and tackle this consumer problem head on.”