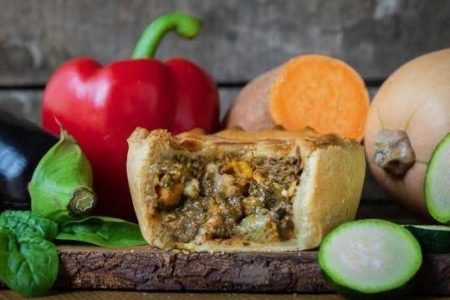 Mud Foods, based in Wedglen Park, won the vegan pie category at the awards with its squash, spinach and vegan feta pie, beating off competition from Ginsters and Chunk of Devon to claim the top spot, reported the Chichester Observer.

Christian Barrington, Mud Foods Founder and Chief Pie Maker, said: “I am very proud of my team. We are all delighted to be recognised at a national level for our taste – in fact, I think this makes it official for us to claim ‘Mud is delicious’!”

Barrington added: “Respecting the land is the start of all we do. Ask any farmer and they will tell you that great taste starts with good mud.

“We use local suppliers, sourcing our meat from Goodwood, and we leave our pastry to relax overnight in the old-fashioned way.”

Mud Foods employs just eight craft pie-makers, yet this is the third time in four years it has won class champion – its squash, spinach and feta pie was the 2018 vegetarian pie champion while its game pie won the speciality meat pie award in 2016.

The British Pie Awards, held at St Mary’s Church in Melton Mowbray last Friday March 6, saw 140 experts judge 848 pies made by 160 professional bakers, butchers and chefs from around the country based on their appearance, taste and skill.