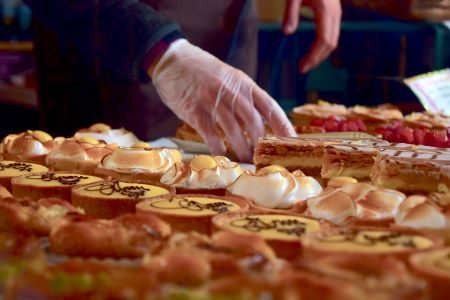 “From April, the UK Government has implemented legislation which requires the out of home food sector to display calorie information on menus and food items. These rules have been put in place to help the public make healthier, informed choices when eating out. ‘“In a Public Health England survey on calorie reduction, 79% of respondents said they think that menus should include the number of calories in food and drinks”’.

Eating out is usually seen as an occasional treat, however for some households this has become habitual.  According to Mintel report, the COVID-19 pandemic initiated a surge of demand in home delivery services and gave more varied food choices for consumers. It also declared ‘“half of Britons ordered takeaways from fast food burger/ chicken outlets in 2021, reaching the highest point since we started to track this measure in May 2017”’.

This policy has been put in place as our diets in the UK are becoming detrimental to our health overtime as a population. There needs to be changes in our food environments and calorie labelling on menus is one way the Government can respond to a public health crisis.

Calorie labelling has been in place in the retail environment for many years, and there is no reason the out of home sector should not also be held accountable to the same standards as retail. Transparency is key in order to convey trustworthy information to consumers and until now this was not clear in the restaurant space. Consumers can now make informed choices and get more information on the items they are choosing to eat. Whether this policy will have a large impact on reducing calories in the UK diet or not is still uncertain, as much of consumer food choice still needs elements of self-regulation, this continues to be underpinned through educating consumers on healthier choices.

However, no public health policy is a one size fits all approach, the UK has 1.25 million people suffering from eating disorders that oppose this legislation. Calorie labelling is not an exact science and does not represent other areas of food choice such as taste, cost, cultural preference, nutritional quality of a meal and this should also be understood. The UK Government has compassion for this limiting aspect of the legislation and allows menus to be presented without calorie labelling if requested.”