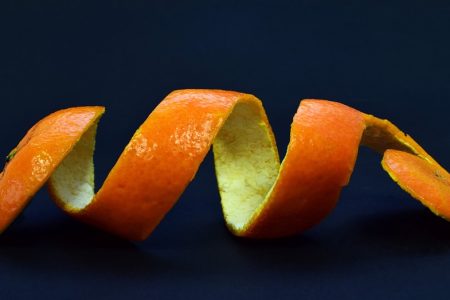 Evera was launched by Brazilian company Citrosuco, a large orange juice producer around the world, which will produce natural ingredients for different industries via reuse technology utilising orange waste.

The event expected to have welcomed over 20,000 attendees with representatives from over 135 countries with over 1000 exhibitors. At the event, the company showcased two new solutions: Fiberfeel, a puree-like fibre extracted from oranges which acts as a natural texturiser for foods like jellies, breads and fillings.

There are currently two variations: the OP version, which contains the original orange flavour and is sweeter than the OF version, which has a neutral flavour and is low in calories. The natural, clean ingredient marks the first to of the company’s be launched globally. Tastelift, developed by Evera, is made from orange peel and used to enhance the flavour and freshness of oranges in beverages, toppings, sauces and garnishes.

The company looks to make the most of orange leftovers including bagasse, peel, leaves, flowers and seeds, to produce ingredients for different industries including bakery.

With investments of around US$9 million for the development and initial production setup, the company has been established with a portfolio of 18 products for over 90 applications, including plant-based foods in which the company’s ingredients can be used. Production will now be focused on supplying the food and beverage industry.

“We have managed to achieve unprecedented results, which will help revolutionize the way we consume food, providing greater nutritional value. On Evera’s business, we are optimistic and expect to deliver around 4,000 tonnes of product in the first year,” said John Lin, CEO of Evera.

With a food and beverage ingredient market of approximately $90 billion per year, Evera, in its first year of operation, is focusing on the US and Western European countries, where there is already an interest in natural ingredients.

“With the European market, we expect businesses to contribute to Evera’s growth expectations. The company, which begins operations with annual revenue of $150 million, is expected to grow 7-12% in the first year. Our ambition is to become one of the largest companies specializing in the development of natural ingredients in five years,” John concluded.