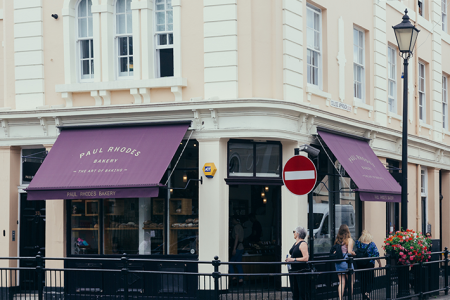 The business said the Mastercrafted range was born out of “a renewed focus on ingredients provenance, true artisanal production techniques, and a firm commitment to sustainability and supporting independent British farmers.”

The products have been more than a year in development and are made with predominantly British-grown grains. The bakery has prioritised the use of stone-ground flour that has been milled in the UK, which it said ensures a greater inclusion of bran and germ, delivering more flavour and nutrition.

Some of the products in the range – The Seeded Porridge Sour and Villages Sour – launched last year. Their popularity was the reason the bakery developed further products using the same approach to ingredient sourcing and production. Other loaves in the Mastercrafted range include; Sicilian Olive Sour, Salted Emmer and Burnt Potato Sour.

Isabel Kelly, who led development of the Mastercrafted range for Paul Rhodes Bakery said: “For Mastercrafted we took a real back to basics approach, gradually meeting with farmers, growers, millers and other suppliers to find the best possible tasting grains and other ingredients – and significantly reduce the amount that the bakery used to import.

“Our journey to launching Mastercrafted and prioritising British produce has also sought to remind us of the tremendous work undertaken by independent British farmers, so we are pleased to have stepped up our support in helping to sustain those who are investing in the future of the land.”

Paul Rhodes said the loaves would give chefs a choice of “flavoursome and honest breads” to offer to their customers, knowing exactly where the few ingredients in each came from, and how each handcrafted loaf was produced.

“We are really pleased to have met so many talented people during the Mastercrafted development process and are glad to have forged some great new partnerships with farmers and other suppliers who share our ethos about creating good food,” Rhodes added.