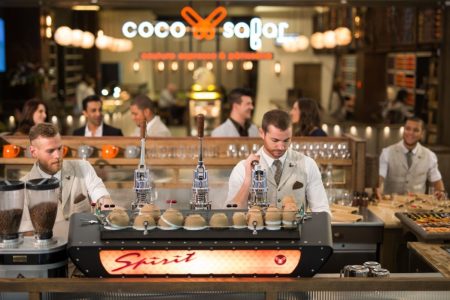 A three-day pop up shop in Johannesburg reported great sales over the period, offering South African consumers croissants and coffee. The idea, which was the conception of Coco Safar, a luxury bakery-cafe brand, sold 8500 croissants in less than 72 hours.

The pop-up served as a preview for the company’s upcoming global expansion, the outcome of which was a “surprising success”, according to the company’s Co-Founder.

“We were blown away by the demand. It was a surprising success and clearly cements our position and authority in a constantly changing market,” said Wilhelm Liebenberg, Co-Founder of Coco Safar.

With 4 locations across Africa, the company serves the cafe, bakery and patisserie sectors. So far the company has been recognised multiple times, including when it was rated by Bloomberg as the world’s best coffee, while Food & Wine USA ranked its croissants among the best in the world.

Challenges to croissant making in South Africa include a lack of access to viennoiserie-making or high quality ingredients for bakeries.

Specialty coffee and croissants are offerings of the company, who has been recognised for serving best-in-class for both products in the same store. It aims to begin its international expansion in 2023 with a flagship location in Union Square, near 5th avenue, in New York.

“We chose New York because we feel Coco Safar’s devotion to authenticity and innovation will resonate with the pioneering spirit of the Big Apple,” explained Wilhelm Liebenberg. “The city is accessible, incredibly exciting and a showcase for the rest of the world.”