The power of flour 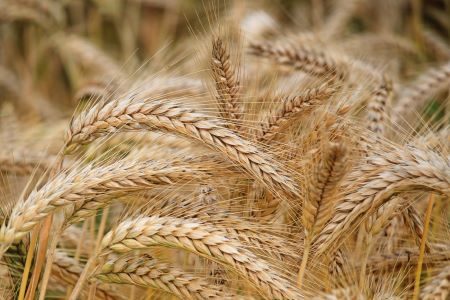 Flour is the staple for a majority of food products, but with the rise gluten intolerances how are alternative flours shaping the industry.

Baking is a practice which is continually becoming more and more popular not only amongst consumers who are challenging themselves in the kitchen, but also artisan bakers whose numbers are continually increasing, meaning the bakery industry is seeing benefits too. As many people in the bakery industry know, certain ingredients are paramount in producing items, one of those ingredients being flour. Flour is found in an abundance of foods, in bread, pasta, crackers, cakes and even in certain sauces to thicken the liquid. It is therefore fair to say that bakers value this item because without it many basic bakery products would not come to fruition. Even though plain flour, which is usually made from wheat, is highly important, recent trends suggest that other alternative flours have grown in popularity. This is due to many reasons whether it be health or lifestyle changes. This edition wishes to discuss the different types of alternative flours, how plain flour is produced and how this varies to the production of alternative flours.

The use of crushed wheat in the creation of flour dates back all the way to 6000 BC when the seeds were simply crushed between millstones, stone used in grind mills for grinding wheats and grains. The cultivation of wheat has its origins dated in Levant, an archaic region that was located in the Eastern Mediterranean of Western Asia. This area is now including present-day Syria, Lebanon, Jordan, Turkey and more. This cultivation later spread to areas such as Greece, Cyprus, the Indian Subcontinent and Egypt. It was during the Egyptian period in which historians believe that wheat was used to create bread and the Egyptian civilisations began to use ovens and baking within a large-scale food production industry. The Romans later reportedly grinded seeds on cone mills. This practice of milling wheat to create bread became staple in many societies. It was a long, but rewarding process used to convert wheat into certain indulgent items, and as with bread and cakes it was also much healthier. However, during the beginning of the Industrial Era in 1779 the process of milling wheat went under major development and the steam mills were introduced into London and the global bakery sector. A steam mill is a type of grinding mill using a stationary steam engine to power its mechanism. This introduction of steam power was highly impactful and revolutionary as it improved productivity meaning that more products could be made – in turn more money could be created for a business and in turn more people could obtain access to many products. However, in the 1930’s, flour began to be enriched with iron, niacin, thiamine and riboflavin in order to enrich the products and add extra nutrients. Thus, ever since the development of agriculture and farming, wheat has been fixated and grounded in human history. Because wheat and flour are both so versatile as food ingredients with regards to what they can make, they have throughout the years become increasingly popular. Therefore, it is a necessary product for the creation of many commonly bought foods. Now that has been outlined, it is time to discuss how plain flour is made.