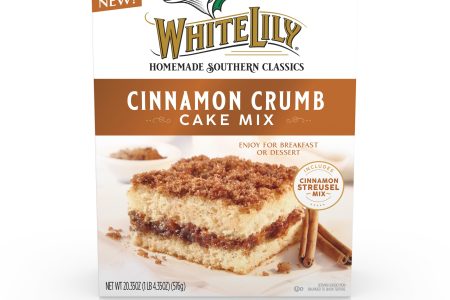 For the first time in years, White Lily is bringing a new product line to grocery store shelves to satisfy the ongoing surge in home baking. The Southern pantry staple known for its flour and cornmeal announced today five new premium baking mixes designed to save home bakers time without sacrificing quality.

While exceptional scratch-baked goods have been White Lily’s hallmark for more than a century, bakers are increasingly seeking convenience baking products to achieve the same excellent results for which the brand is known. In response, White Lily developed the new premium cake and brownie mixes with input from the brand’s passionate social media fans, who named pound cake the most sought-after baking mix, followed by brownies and crumb cake.

“The challenges of the last two years have caused consumers to spend more time at home and save where they can, introducing more people to home baking than ever before,” said Dan Anglemyer, COO of Hometown Food Company. “For nearly 140 years, White Lily has been as committed to quality as to satisfying the evolving tastes of home bakers, so we asked them directly what they wanted. As they overwhelmingly sought convenience products to produce baked goods that rival scratch-made items, we created these premium mixes, which deliver the flawless results people expect from White Lily.”

White Lily was founded in 1883 in Knoxville, Tennessee, and is a trusted partner in Southern kitchens. Generations of home bakers have relied on White Lily flour and cornmeal to help them create exceptional biscuits, cakes, desserts and cornbread. With the addition of only three ingredients, White Lily Premium Baking Mixes produce those same flawless results.