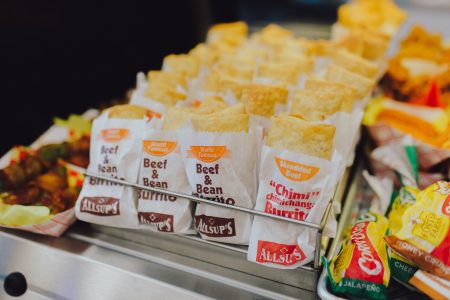 Yesway, one of the country’s fastest growing convenience store chains, announced today the opening of its new Allsup’s-branded stores in Mineral Wells, Texas and Alamogordo, New Mexico. These represent the most recent new-to-industry stores Yesway has undertaken within both the Yesway and Allsup’s portfolios over the past year and a half. In addition to these new-to-industry stores, Yesway has also undertaken raze and rebuilds of a number of its existing Allsup’s stores, with those in Artesia, New Mexico and Canyon, Texas among the most recently completed.

The latest new-to-market stores, at 2601 S. Oak Avenue in Mineral Wells, Texas and 820 Highway 70 West in Alamogordo, New Mexico, each contain 5,630 square feet of merchandising space, have 24 fueling positions, and three and four high speed diesel fueling lanes in Alamogordo and Mineral Wells, respectively. These represent the first of two new prototypical store formats Yesway has developed: a large-format convenience store and a hybrid truck stop, which will both be open 24 hours per day. Each of these new prototypes will feature a forecourt with 10 to 20 fueling positions, two to five diesel lanes for the truck stops, and 5,630 to 6,277 square feet, respectively, of interior merchandising space. Customers visiting these new stores will find their favorite Allsup’s world-famous burritos, a full assortment of Yesway and Allsup’s private label snacks; a new trucker/automotive section; high quality fresh Allsup’s bread, milk, and eggs; and a beer cave; along with amenities including Western Union service, ATM availability, and Coin Cloud digital currency machines offering 30+ digital currencies.

“We are thrilled to be bringing these new, larger format stores to our loyal customers in Texas and New Mexico,” said Tom Trkla, Chairman and Chief Executive Officer of Yesway. “I am proud of how hard our amazing team has worked to bring these stores to market.”

Yesway had earlier announced that it had raised an additional $235 million of equity capital, $135 million of which was to be invested in targeted real estate capital projects. Concurrent with and in support of this initiative, Yesway has also made significant investments in its people, hiring hundreds of new employees and recognizing their excellent work through its Hospitality Heroes program.