Channel 4 commissions Aldi competition and is calling for entries now 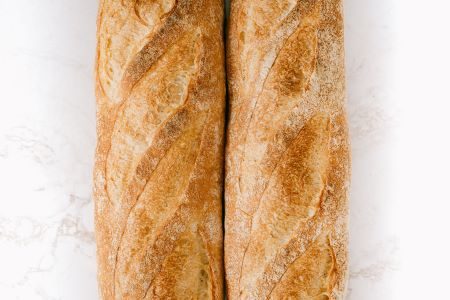 Channel 4 has teamed up with Aldi to launch a brand-new factual series ‘Grow With Aldi’* that will see the supermarket uncover and ultimately stock exciting new products from the UK’s best undiscovered food and drink businesses – propelling them into the big time.

The show is calling for applicants to appear in the 6 x 60 minute series, which follows the best local British food and drink suppliers competing to win a life changing deal to see their product on sale in Aldi’s stores nationwide. From bakers, condiment makers and chocolatiers, to dairy and alcohol producers and everything in between, a group of suppliers will visit the supermarket’s headquarters in each episode to pitch their products to an expert judging panel. After a detailed process of deliberation the suppliers will be whittled down to finalists who will have to face a crucial home visit to prove their goods can be mass produced. The winner of each episode will be awarded a contract to supply Aldi’s 950 UK stores.

Julie Ashfield, Managing Director of Buying at Aldi UK, and one of the judging panel, added: “From entrepreneurial farmers with flair in the kitchen to tabletop businesses that are going from strength to strength, we can’t wait to see the best of British food and drink producers. To be able to offer a platform to showcase new food and drink products to the nation is incredibly exciting.”

Anna Miralis, Senior Commissioning Editor for Channel 4 factual, said: “This is an incredible opportunity for Britain’s food suppliers and manufacturers to think big, be creative and pitch in their ideas.  I’ll be extremely excited to see them explain why their product should be awarded this potentially lucrative contract that may well have game changing opportunities for them.”

Production company, South Shore, has been commissioned by Channel 4 to create the show. Head of South Shore Wales Simon Kerfoot, said: “This competition offers a chance for ambitious new British food and drink producers from all over the UK to prove that no matter how small their operation is they have the personality and product to take their business into the big league.”

The multi-category competition is part of Aldi’s ongoing commitment to locally sourced products. The supermarket has invested an extra £1.6 billion with British suppliers since the start of the pandemic, including £125 million spent with meat, poultry and dairy farmers in the UK.

Aldi has also reaffirmed its pledge to prioritise home-grown suppliers as it works towards spending an additional £3.5 billion a year with British businesses by the end of 2025.