CMA concludes Cérélia purchase of Jus-Rol would drive up prices 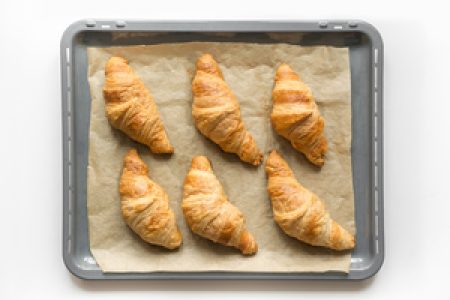 Following on from an in-depth review, the Competition and Markets Authority (CMA) in the UK has ruled that bakery business Cérélia’s purchase of Jus-Rol would leave retailers and shoppers facing higher prices and lower quality products.

In the wake of the review, the CMA has concluded that to “preserve the degree of competition and choice for consumers” is for the Jus-Rol business to be sold to an independent buyer which the CMA will approve.

In June 2022, the CMA launched an investigation into the deal after an initial phase 1 investigation identified possible competition concerns. Over a period of seven months, a panel of independent CMA experts analysed a wide range of evidence from Cérélia to Jus-Rol, retailers and other industry players in order to understand the market and the potential impact of the deal.

After publishing its provisional findings in November 2022 the CMA has published its final decision as of 20 January 2023. The decision found is that the merger will bring together the two leading suppliers in the market by a “considerable margin” as ready-to-bake products by Cérélia and Jus-Rol account for almost two-thirds of products sold to retailers in the UK.

Evidence gathered shows that while there are differences between these companies’ products, Jus-Rol items compete with supermarkets’ own-label products supplied by Cérélia for the same shelf space.

In addition, retailers have said they consider the companies’ products to be imporant alternatives to one another, as there are few credible alternative suppliers of branded or own-label products. They also told the CMA that the ability to trade off Jus-Rol against Cérélia and when buying their products allows them to get a better deal for customers.

The two suppliers currently faced limited competition and it is unlikely that a new supplier would enter the market, or a current supplier would expand its activities in a “timely way”.

Given the evidence, the CMA has concluded that the merger would lessen competition and as a consequence, put UK retailers at risk of higher prices and lower quality products.

“As living costs continue to rise, it’s our responsibility to make sure that competition can play its part in delivering the best possible deals for customers,” explained Margot Daly, Chair of the independent panel of experts. “Cérélia and Jus-Rol are the biggest players in this market by far and losing the competition that takes place between them could result in customers facing higher prices and worse quality products. Today’s decision will ensure that doesn’t happen.”