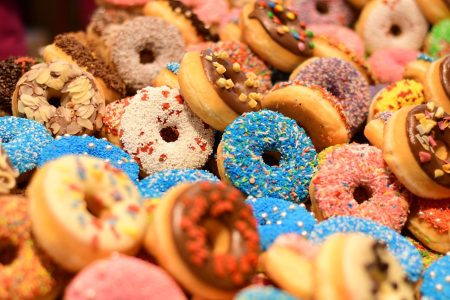 The global doughnuts market size is expected to grow US$5.02 billion from 2020 to 2025 according to the latest forecast market report by Technavio. 35% of the market’s growth will come from the US during this forecast period, as the US and Canada are the key markets for doughnuts in North America.

Other predictions are that market growth in the North America region will be faster than the growth of the market in European, MEA and South American regions. Improved living standards and the rise in number of middle-class families are attributed to the growth of the doughnut market.

Currently, the market is fragmented as vendors are deploying organic and inorganic growth strategies to compete with one another. Major vendors include Daylight Donut Flour which offers raised doughnuts, cake doughnuts and others, Doughnut Time, Focus Brands which produces doughnuts under the brand name Cinnabon, Glory Hole Doughnuts which offers a wide range including cake doughnuts, cinnamon bun, caramel, Boston cream and others and Grupo Bimbo which produces doughnuts through the brands Donuts, Donettes, Bollycao, and others.

The growing number of stores and retail outlets is driving market growth as the culture of socialising at cafes has become more popular. The increased influx of people to urban areas and a large white-collared demographic segment have driven a rise in the number of food service outlets.

Growing demand for healthier doughnuts is another factor supporting market growth as doughnuts are the most popular pastry type consumed in the US, accounting for 20% of pastry sales in 2015. However, demand for healthier doughnut varieties such as whole grain, high fibre, low-fat, all-natural and fortified options has gone up as people prefer home-cooked and fresh foods as opposed to unhealthy, processed or pre-packaged foods. To meet this demand new vendors are launching healthier doughnuts with less sugar content and many bakers are including organic, nutritious and fibrous ingredients such as nuts, raw cocoa, fruit and coconut oil.