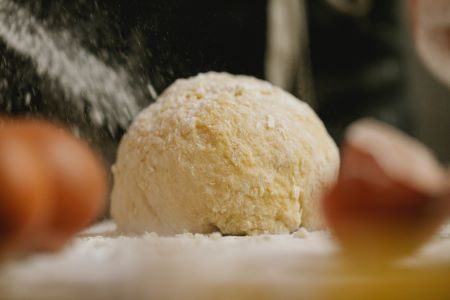 Gordon Polson, Chief Executive of the Federation of Bakers has written to the Rt Hon George Eustice MP, Secretary of State for Environment, Food and Rural Affairs, calling for action on the pressing issues facing UK bakery businesses, due to rising energy prices and uncertainty over raw materials supplies, and asking for an opportunity to explain these challenges in person.

“There is no intention to scaremonger,” Mr Polson says in his letter of 30 March, “but what the baking industry is facing over the next six months, with cost increases and uncertainty, has never been experienced in a generation, if indeed, ever before.”

The Federation of Bakers (FOB) is the trade association representing the largest bakeries in the UK, who produce sliced and wrapped bread, bakery snacks and other bakery products. The UK bakery sector is a £4 billion industry at retail sales value, employing around 75,000 people and supplying over 80% of the nation’s bread.

Baking is a 24/7 operation, which delivers fresh bread and bakery products every day to retailers, large and small sandwich makers and the catering trade. If baking ceased for whatever reason, Mr Polson warns, in less than 48 hours there will be no bread on supermarket shelves.

Mr Polson calls for the UK to engage with the EU, with whom UK bakers’ supply of ingredients, outside of wheat, is inextricably linked. There also needs to be flexibility in labelling, as ingredients may become unavailable even if just for a short period of time.

In his letter Gordon Polson says that raw material and energy shortages could lead to the prospect of bread being unavailable. The FOB Chief Executive supports the call for a Food Security Council to be established, and some recognition of the relentless increase in costs, in particular, energy. Cost increases will lead to large bread price increases, putting some bakeries viability into question.

Gas prices have increased five-fold from £45 per therm a year ago. A £100 increase in a therm of gas adds 1.5p to 3p to an 800g loaf of bread, depending on the manufacturing scale. To mitigate cost increases to bread in the 1970s, bread was subsidized. And in the event of any diesel rationing, says the FOB Chief Executive, bakeries should be given priority.

Over a relatively short period of time, Gordon Polson says in his letter to George Eustice, the UK bakery sector has continued to operate with as much continuity as feasible, in an extremely challenging environment following Brexit, COVID and the invasion of Ukraine. Today, the sector is facing huge cost increases, but also equally, significant uncertainty of supply.

Using wheat as an example, while the UK does not rely on Russian or Ukrainian wheat, the loss of supply from these countries is having a huge impact on global supply. Wheat that is available may be diverted, for example Russian wheat to China, which causes shortages in the EU. To mitigate shortages, the EU may then decide to stop its exports, already muted, and the UK may have huge supply chain disruption.

“We estimate that even if the war stopped soon, the disruption to the planted Ukraine wheat, the lack of planting of spring wheat and the Russian sanctions, it would take an estimated three years before the harvest cycle returns to normal. It is the case that all businesses will not be experiencing the same price increases and uncertainty at the same time, but once the northern hemisphere harvest is gathered, we can be sure of settled high prices across the industry.

The impact on prices

In his letter Mr Polson gives these illustrative quotes for flour to a baker:

There is a strong possibility, Mr Polson continues, that without mitigation or large finished product price increases, these raw material cost increases could make bakery businesses unviable. Ingredient shortages could make bread supply unreliable. Before the impact of the recent Ukraine crisis, cost increases added at least 4.5p to the cost of producing an 800g loaf of bread. This has not been recovered by the baking sector. Since then, the costs could have doubled.”

Federation of Bakers’ request to Government:

“Our request is that government must acknowledge the challenges and start planning for disruption and consider mitigating factors. Some subsidies of energy costs are essential. Historically, there was a subsidy of bread in the 1970s. The situation we face today, is conceivably much more severe. We also call for maximum flexibility in labelling, allergen labelling excluded, if an ingredient is not avoidable or not in the product, for a seed in a mix seeded loaf.

“FOB members are working very hard with suppliers to do all we can to mitigate the well-publicised cost increases in energy and wheat, but it is inevitable that prices will have to rise. Almost as equally concerning, is the challenge of uncertainty over the availability, not just the cost, but the supply of ingredients including wheat, diesel and packaging.”