From the Sponsor: Cepi Spa 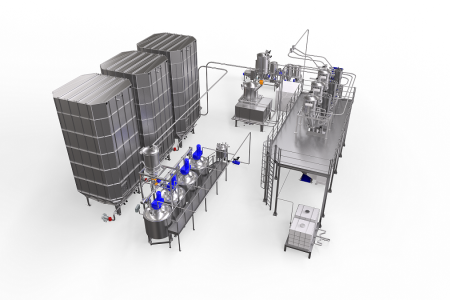 Sourdough is a mixture of water and flour fermented by a set of microorganisms including lactic and acid bacteria and yeast, which are naturally found in the flour. Sourdough bread is tastier, more fragrant and healthier. Easy to digest and with a high nutritional value, it achieves a long-shelf life without preservatives, meeting the increasing demand for food manufactured through processes that preserve the natural properties of its ingredients.

Rye, wheat and multigrain breads but also pizza, focaccia, brioches and crackers: in the last two decades, the defining factor in bakery manufacture has been the rediscovery of sourdough, and the development of technologies that make artisan quality possible on an industrial level.

Why is sourdough so good?

Sourdough bread has many benefits: a big one being the long shelf life, as sourdough is more acidic and less prone to develop degenerative bacteria and moulds, so starch retrogradation and staling are delayed.

Sourdough bread is also easy to digest as leavening is longer: starches are metabolized and broken by the microorganisms in the dough, making it easier for the body to process them. With sourdough, there is no need to use additives and improvers to break the starch and to aid flour tightness during the process.

On top of this, sourdough increases the hydration of proteins and creates a more uniform sponginess, as well as giving the finished product better organoleptic characteristics and a more complex aromatic profile. It develops aromatic aldehydes and adds a sour note, improving taste and fragrance.

History: from brewer’s yeast to sourdough

For the longest time, sourdough fermentation was the domain of artisan manufacturing. It was a highly empirical method that relied on the style of each individual producer, since there was no exact knowledge of the bacteria in the sourdough. Leavening the bread through the brewer’s yeast was the industry standard, but the final product saw a loss in fragrance and taste, as well as being harder to digest.

The identification of the bacteria and micro-organisms in the sourdough made it possible to create an easily repeatable recipe. With the evolution of the technology controlling physical parameters such as times, temperatures and pH, finally sourdough production became possible on an industrial scale for all the diverse fermentation processes – the black rye bread common in the Northern and Eastern parts of Europe relies on a more acid dough, while the white bread from the South based on soft wheat flour or semolina has a less acid note but a wider bouquet.