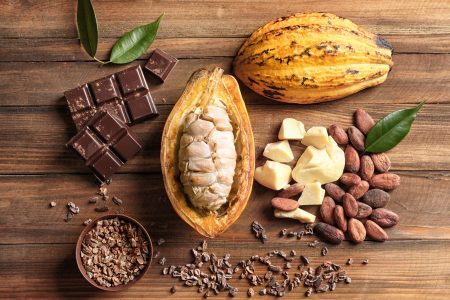 After intense deliberations, a jury representing Europe, Africa, Latin America and Asia has selected twelve outstanding businesses, organisations and campaigns to go forward to the awards finals of the International Fairtrade Awards in Berlin on March 25.

More than 80 applications from 30 countries were received across the four categories – Small Producer Organisation (SPO) of the Year; Hired Labour Organisation of the Year; Trader of the Year and Campaign of the Year. Entries ranged from tiny cooperatives to multi-national companies – but what they all have in common are a passion for Fairtrade and a desire to create a better future for farmers and workers.

“It was a really hard job choosing the top three in each category to go forward to the finals,” said Darío Soto Abril, CEO of Fairtrade International and chair of the judging panel. “Every one of these organisations deserves recognition for their amazing work. It just goes to show the breadth and depth of the global Fairtrade family.”

Finalists for the SPO of the Year include Asunafo North Union cocoa cooperative in Ghana, the coffee-producing Cooperativa de Caficultores del Norteand the banana producer Cooperativa Multiactiva de Bananeros, both from Colombia. All of them have demonstrated outstanding continuous improvement, innovation, inclusivity and non-discrimination, and contribution to the Sustainable Development Goals (SDGs).

Entries for the HLO of the Year have to show outstanding benefits for workers and their families, and how they encourage workers’ participation. Finalists in this category include United Nilgiri Tea Estates in Tamil Nadu, India; Desert Joy – which grows tomatoes in the unlikely setting of the Tunisian desert – and Valentine Growers, a flower farm in Kenya.

For Trader of the Year, entries have to demonstrate how they not only apply Fairtrade principles in their own businesses but how they encourage fairer trade and sustainability in their supply chains as well. Okogreen started selling Fairtrade coffee in Taiwan in 2007 but now stocks a huge range of Fairtrade produce from all over the world which it sells in its shops and online. Nudie Jeans, a multi-million dollar fashion brand from Sweden, puts transparency and traceability at the heart of its business, while Divine Chocolate is well known to Fairtrade chocolate lovers in the UK and US.

Finally, you don’t have to be a Fairtrade business to win at the International Fairtrade Awards! This year, with the Campaign of the Year, the organisation is recognising the grassroots movement which sustains Fairtrade around the world. Finalists include Oxfam Fair Trade from Belgium, Bergendal Beordery in South Africa’s unique Fynbos Floral Kingdom, and the amazing girls’ football team from Forca Goa Foundation in India, who competed in the Global Goals World Cup playing with Fairtrade footballs.

“Fairtrade organisations all over the world are working towards decent incomes and wages, but these finalists have taken innovation, creativity and inclusivity to a new level,” said Soto Abril. “I can’t wait to find out who wins on the night!”

The organisation will be featuring in-depth profiles, interviews and stories from all 12 short-listed finalists over the coming weeks, as well as coverage from the awards ceremony on March 25 in Berlin, where the winners will be invited to collect their trophies.