Invitation to the Annual General Meeting of AAK AB 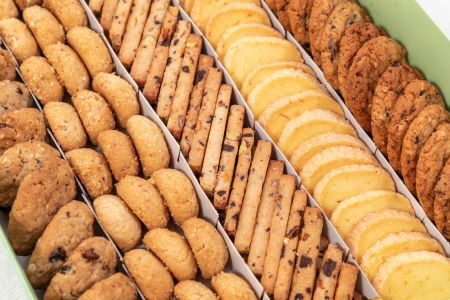 Notice of the Annual General Meeting is published in a press release, in Post- och Inrikes Tidningar (“the Swedish Official Gazette”). In addition, an advertisement is placed in Svenska Dagbladet. For environmental reasons, please note that the notice will not be printed and distributed by post. AAK will not provide bus transport to the Annual General Meeting as in previous years.

A. CONDITIONS FOR ATTENDANCE

Shareholders who wish to attend the Annual General Meeting must be recorded in the Shareholders’ Register maintained by Euroclear Sweden AB on Tuesday, May 10, 2022, and must also notify the company of their intention to attend the Annual General Meeting not later than Thursday, May 12, 2022. The notification of attendance, which may be made in accordance with any of the alternatives specified below, shall state name, address, day-time telephone number, personal or corporate identity number, and the number of shares held. Shareholders who intend to bring assistance shall notify this within the same time limits as for the notification of their own attendance. Shareholders represented by an authorized representative should enclose a proxy in original to their notification. A proxy form is available for downloading on the company website, and will also be sent by post to shareholders notifying the company and informing the company of their address. Representative of a legal entity shall submit a copy of the registration certificate or corresponding papers of authorization evidencing the persons authorized to act on behalf of the legal entity.

In order to participate at the Annual General Meeting, shareholders with nominee-registered shares must request their bank or broker to have the shares temporarily owner-registered with Euroclear Sweden AB. Such re-registration must be executed no later than Tuesday, May 10, 2022. The shareholders must therefore notify the nominee of their request to have the shares re-registered in due time before May 10, 2022. Voting rights registration requested by the shareholder at such time that the registration has been completed by the nominee no later than Thursday, May 12, 2022 will be taken into account in the preparation of the share register.

Election of Chairman of the Meeting (item 2)

Proposal regarding the election of the Board of Directors, auditor and determination of fees (items 10–12)

The Nomination Committee has proposed the following:

–     The number of directors shall be five without any deputy directors.

–     Re-election of Georg Brunstam as Chairman of the Board.

–     Re-election of the accounting firm KPMG AB, for a period of mandate of one year, in accordance with the Audit Committee’s recommendation, consequently up to and including the Annual General Meeting 2023, whereby the accounting firm has informed that the authorized public accountant Jonas Nihlberg will be appointed as auditor in charge.

Proposal regarding the Nomination Committee (item 13)

Shareholders, jointly representing approximately 44 percent of the shares and votes in the company as per February 28, 2022, have notified the company of their proposal regarding Nomination Committee.

–   The Nomination Committee shall have four members.

–   Re-election of Märta Schörling Andreen as Chairman of the Nomination Committee.

Tasks of the Nomination Committee