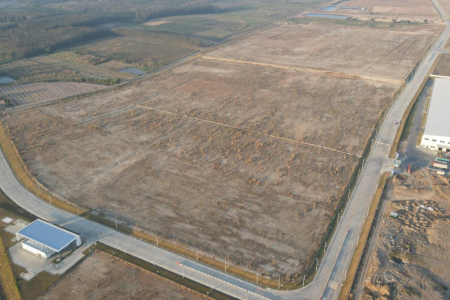 Over the last ten years, revenue for Lotus Biscoff has increased by an average of 13%, Lotus Bakeries is present in more than 70 countries internationally and has sales of more than EU€1 million in 28 of those countries, the company reports.

With ambitions to continue to grow, Lotus Bakeries has revealed its plans for a third Biscoff plant, located in Asia, as the APAC region becomes increasingly important. Sales have increased “significantly”, according to a press release put out by the company, in the past five years. Awareness of the brand and its availability to the consumers in this region are still evolving, however, making the growth potential large.

The new plant, which is expected to be operational in 2026, will provide the company with additional capacity, bring cookies directly to the consumer and will save transport costs and reduce the environmental footprint of the company. Recent experience with the construction and start-up of the second plant in the US has provided Lotus Bakeries with a project framework and reduces the project risk.

After much deliberation about which Asian country to choose, the company has announced that Thailand has been picked for this new investment, the reasons being its central location in the region, existing presence of a strong food industry, availability of raw materials and the country’s labour regulations and cost.

The site for the construction of the new factory has also been chosen, as Lotus Bakeries has reached an agreement with a developer for the purchase of land in the Chonburi province, which is part of the ‘Eastern Economic Corridor’ currently being developed by the Thai government as a key economic zone for the region. The corridor sits east of Bangkok and runs along the coast of the Gulf of Thailand. Several international companies are planning new investments in this area.

The project will begin after the formal closing of the purchase of land and is expected to be operational in 2026.