Say no to refined grains 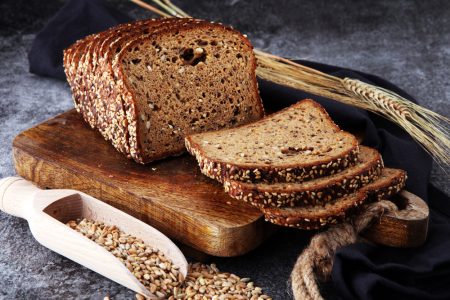 Considerable discussion in the recently published Scientific Report of the 2020 Dietary Guidelines Committee addresses the connection between diet and a range of health issues. Over and over again in the report, the committee said better health outcomes are associated with intake of more whole grains and fewer refined grains.

Looking at a wide range of health outcomes, the recommendations generally were the same regarding whole grains and what the committee refers to as refined grains.

“Dietary patterns associated with adverse or detrimental outcomes included higher intake of red and processed meats, sugar-sweetened foods and beverages, and refined grains,” the committee said. “A notable new observation was an association of the main components of the aforementioned dietary pattern with lower all-cause mortality, a finding the committee graded as strong.”

The committee’s report will form the basis of the 2020-2025 Dietary Guidelines for Americans. The US Department of Agriculture and the Department of Health and Human Services are jointly responsible for the guidelines, expected to be published late this year.

Using a Nutrition Examination Systematic Review (NESR), the committee devoted a 32-page section of the report to questions and answers about the connection between diet and various chronic diseases, ranging from cardiovascular disease (CVD) to neurocognitive health. The committee based its answers on NESRs, which in turn were based on about 1,500 primary research articles.

Among the longer discussions within the report was one exploring the connection between CVD and diet. The analysis extended beyond the basic template associating better CVD outcomes with “higher consumption of vegetables, fruits, whole grains, low-fat dairy, and seafood, and lower consumption of red and processed meat, and lower intakes of refined grains, and sugar-sweetened foods and beverages relative to less healthy patterns.”

“Replacement of saturated fat with refined carbohydrates and/or added sugars is not consistently associated with lower rates and may cause higher rates of CVD,” the committee said.

Additionally, the report said, “Diets high in refined carbohydrates are often associated with elevated levels of triglycerides and very low-density lipoprotein (VLDL) cholesterol, especially among individuals with overweight and obesity.”

The committee went on to concede that the mechanism by which different type of carbohydrates affect blood lipids is not yet fully understood. The recommendation appeared to be underpinned by the work of Walter C. Willett, a retired professor at the Harvard T.H. Chan School of Public Health.

“As reported by Sacks et al., and based on calculations developed by Willet et al., replacing 5% of energy intake from saturated fat with equivalent energy intake from complex carbohydrates from whole grains was significantly associated with a 9% lower risk of CHD (coronary heart disease),” the committee said. “However replacing saturated fat with refined carbohydrates (e.g., starches, added sugars) was associated with a slight increase in CHD risk.”

Less favorable to advocates of low-carbohydrate dieting was the committee’s discussion of overweight and obesity.

“Results across studies were inconclusive, with the majority of studies reporting no significant association between diets based on macronutrient distribution and growth, size, body composition, and/or risk of overweight or obesity,” the committee said.

Similarly, in the discussion of the connection between dietary patterns and type-2 diabetes, the report said increased intake of whole grains and reduced intake of refined grains were associated with lower risk, but research has failed to conclusively associate different macronutrient intake distributions with differing risks of type-2 diabetes.

The committee also looked at the connection between grain intake and neurocognitive health.

The discussion goes on to conclude dietary patterns “protective” against cognitive impairment in many cases “emphasized whole grains, non-refined grains, or (non-refined) breads/cereals.”

In a discussion of different cancers, the researchers cited “moderate evidence” suggests dietary patterns rich in whole grains and lower in refined carbohydrates lessen the risk of post-menopausal breast cancer.

Refined grains were not implicated in discussions of colorectal cancer. In the case of lung cancer, the committee said “more frequent servings of vegetables, fruits, seafood, grains, cereal, legumes and lean versus higher fat meats and lower fat or nonfat dairy products may be associated with lower risk of lung cancer, primarily among former smokers or current smokers.” It was a rare case in which whole grains and refined grains were not distinguished. No relationship was found between dietary patterns and risk of prostate cancer.