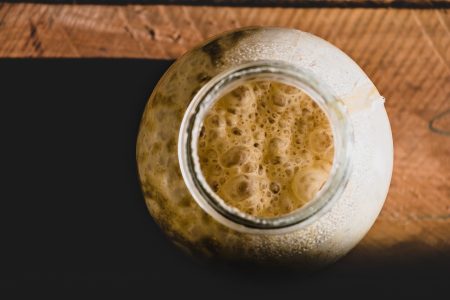 The recent resurgence in sourdough’s popularity is despite its time-consuming production process. International Bakery digs into what defines sourdough, and other perceptions

A recent campaign identified the potential mislabelling of bread as sourdough as an issue facing the bakery sector. Sourdough is differentiated from other kinds of bread in how it is formulated and produced. This comes down to the leavening: other breads use baker’s yeast to help the dough rise, while sourdough uses wild yeast and lactic acid bacteria to leaven it. Debate over what qualifies as sourdough bread has highlighted the need for further education in what makes sourdough, sourdough, as well as what makes up its appeal.

Sourdough, like other kinds of bread, is leavened to make it rise; but the core difference rests in what is used to leaven it. Sourdough has a long, rich history – records of the production of sourdough date back to the Ancient Egyptians. Accounts on how the discovery of its production came about are vague, but all agree that the Egyptians knew how to produce sourdough, as evidenced by their record keeping. It was with the help of wild yeast, to rise sourdough, that helped with its popularity, as it proved lighter and chewier than the flatbreads that were being consumed at the time.

Until the development of commercial yeasts, all bread was leavened using wild yeasts. The introduction of commercial yeasts in the nineteenth century brought about efficiency and speed in production, as breads were leavened in less time (which continues to be true today). Commercial yeast, also referred to as baker’s yeast, is a single, isolated strain of yeast, from the species Saccharomyces cerevisiae. In the late nineteenth century specialised growing vats were created for the production of S. cerevisiae and centrifuges for concentrating the yeast were implemented, both of which helped with the expansion and adaptation of using commercial yeast.

It was thanks to the development of commercial yeast in bread production that the process became much more efficient and less time-consuming. Producing sourdough is a much more time-consuming process because it’s leavened using wild yeast, which refers to different strains of naturally occurring yeast – and not one strain, like commercial yeast. Sourdoughs are produced using a ‘starter’, a mixture of cereal flour and water initially, which is left to develop over time and oversees the development of wild yeasts and lactic acid bacteria (LAB) in the starter. We refer to this as the fermentation process, enabling the mixture of wild yeasts and LAB to become more active, eventually producing gas and causing the sourdough to rise.

Speaking more technically, during the fermentation process wild yeasts and LAB produce enzymes which can break down carbohydrates in the flour to create sugars, which are processed by the yeast and LAB to produce gas and in doing so, causes the sourdough to rise...