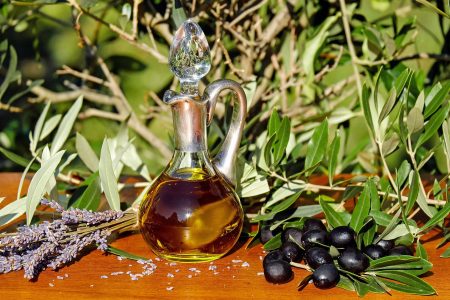 A range of vegetable oils are used in bakery, however their production has recently faced drought, the invasion of Ukraine and climate change all of which have resulted in rising prices.

Varying types of vegetable oils find their uses in bakery, to add flavour, texture and crispiness to baked goods. As one form of vegetable oil, sunflower oil is characterised by its neutral taste and is made up of unsaturated fats, proving ideal for the health-conscious consumer wanting to enjoy baked goods but with none of the associated guilt. Due to a number of factors such as the war in Ukraine, extreme weather and the ban on palm oil in Indonesia, the production of vegetable oils – along with other vegetable oils – has been badly impacted, overseeing rising prices and an increasingly unstable supply chain.

Vegetable oils and their uses in baking is measured against a number of factors. One is Solid Fat Content (SFC), an important parameter. The SFC value of a vegetable oil at a particular temperature will indicate that oil is solid at that temperature – looking at varying temperatures shows us at what point the oil will melt, which is highly important in baking where temperatures can reach up to 300 degrees celsius. Another important factor to consider when choosing an oil in baking is its crystal structure: it needs to be flexible and moldable and not break when under pressure. The oxidative stability of the oil is also key. If it becomes bitter too quickly the customer eating the end product will notice the taste. This can be all avoided by picking the best-suited oil in the first place.

Sunflower oil is known for its neutral taste, which proves useful in baking when adding oil without interfering with the main flavours of baked goods. It’s made up of 79% monounsaturated fat and only 14% saturated fat, compared with other vegetable oils like palm oil, which contains approximately 34% of saturated fat. It also contains a high amount of vitamin E, with proven links to improved skincare. Sunflower oil has a higher smoke point of up to 232 degrees celsius, meaning it is well suited for high temperature baking. In lots of baking processes, dough pieces are placed in the oven at an initial temperature of 30 degrees celsius, but the oven temperature is usually consistently 150 to 300 degrees celsius.

According to research carried out by European bank Rabobank, the number of vegetable oil applications has continued to expand, particularly in feed, oleochemical and food industries. Vegetable oils do have a variety of applications, which encompass non-food applications such as soaps and paints, but in baking, is used for cakes, cookies, muffins and bread. Vegetable shortening, for example, is a solid mixture of vegetable fats and oils which is best used for making crusts flaky and preventing baked goods from spreading too much when they are baked. In times gone by, lard was used to shorten dough, which was later replaced by margarine made from beef tallow, and then became vegetable oil…