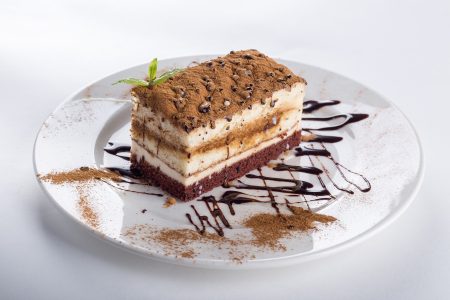 Savoury flavours are making their way into the cake sector leading to questions as to why they are becoming so popular and what savoury cakes are leading this revolution.

What is the perfect cake? If someone was to close their eyes and envisage their perfect cake, it could be sweet, spongey, light and fresh. Collectively, we have become accustomed to the delicious nature of cakes and in recent years there has been a growing innovation around cake textures to improve the mouthfeel and taste of the product. However, taste itself has been further challenged by consumers in recent years. It seems that the idea of the perfect cake is adapting as consumers no longer desire typical flavours. Significantly, the idea of savoury flavours entering the sweet goods market, particularly with cakes and confectionery goods. Accordingly, this exclusive feature wishes to assess the growing trend around savoury cakes, why they are becoming popular and how they are impacting the production process and market.

The history of a traditional cake

As many are aware, cakes are a sweet bakery treat that are usually made from flour, sugar, eggs, butter and other added ingredients such as leaveners. Of course, there are varying types of cake such as marble cake, Victoria sponge cake, and carrot cake. All these variations of cake mean that different ingredients, timing and production process will be needed for each cake, especially when it comes to cakes that are highly technical in nature. Cakes are not only served on special occasions such as weddings or birthdays but can correlate to a country’s identity and culture.

In terms of cakes and their cultural history, it is believed that cakes originated from the Ancient Greeks and were adopted by the Vikings too. The Greeks particularly, made a cake variation using the typical ingredients alongside milk, nuts and honey. In literature itself, the appearance of cake has been noted by writers such as Ovid showcasing the timelessness of cakes in human existence. It was not until the Renaissance period when sponge cakes leavened with beaten eggs were invented in Spain.

Within the past century, cake mixes have risen in popularity, impacting the bakery market. This was because during the Great Depression there was a surplus amount of molasses and a substantial amount of people who were in economic dire straits due to the Wall Street Crash in 1929. Therefore, trying to feed the masses in a cheap and quick manner was much needed. Companies began to create a cake-bread mix to deal with this economic situation and then after the Second World War, General Mills developed on this idea further. Its growing popularity came from the fact that it was quick and as women started entering the workplace, the time to be able to bake a cake in the traditional manner was no longer a feasible option.

In recent years, the idea of a traditional cake however has become fragile as more cake mixes and traditional cakes are being viewed as unhealthy or too basic for health conscious and experimental consumers. This may explain why savoury flavours in typically sweet products have become more popular as they meet the demands of both types of consumers. Subsequently, let’s assess the reasons as to why savoury cakes and flavours have become so popular.